Well folks, it looks like 2016 is already coming to an end. It has been a heck of a ride let’s be honest. Most of us are probably glad this year is coming to an end, but pushing all the bad things aside I say we recap the good things that happened this year! Let’s get right into it. 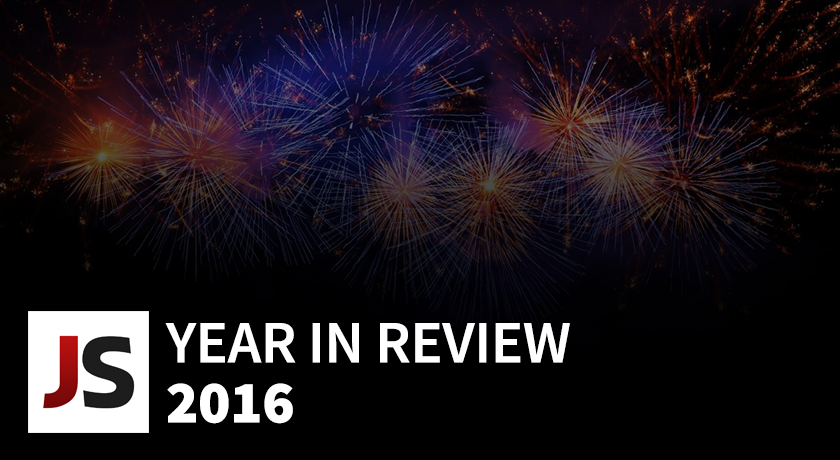 First off, let’s review what happened with Jmt Studios in general. An early Jmt Studios game, by the name of Bullseye, got discontinued or in other words, shut down. As stated by jmt99 in an earlier blog post: “Bullseye is old, outdated, uses free models, and I simply do not have the desire to work on it anymore”. This may be sad for some people, but I am guessing that it didn’t have a great impact on the group as a whole. The next topic to talk about in terms of Jmt Studios would be the most hard-hitting news this year and that would, of course, be that Jmt Studios will not be releasing any more event games. “As of Unofficial Trick or Treat 2015 re-release, Jmt Studios Events have officially come to an end”. Many people may find this devastating, but let’s look at this in a bright and uplifting way. This means we have more time to put into developing games to make them more fun and enjoyable.

The final event games for Jmt Studios were Unofficial Egg Hunt 2016 and Unofficial Trick or Treat 2015 re-release. These two games were semi-successful and were a great way to celebrate and say goodbye to the final event games for Jmt Studios. Unofficial Egg Hunt 2016 had some different features from 2015, which are listed in this blog post. As for Unofficial Trick or Treat 2015 re-release, there were features not implemented in the original game that was later implemented in this version, hence the title. To name a few of the changes, the game was converted to FE (Filtering Enabled), Ghostdeeri was added (A boss), and some more quests. We were very happy that those two games were the ones to finish them all. Here is a blog post that will go over all of the events that Jmt Studios EVER released.

The first thing we’ll say is ROBLOX has tried to improve the events, even if you think the sponsored events are bad, but let’s not decimate all our hopes and dreams as many of this year’s events were improved from suggestions based on last year. Let’s start with the Egg Hunt, which I honestly enjoyed was what lots of us wanted: it wasn’t a devhunt. If you were around for the 2015 Official Egg Hunt you probably noticed how much people criticised the game. ROBLOX took the feedback and improved on that greatly. But enough of that, let’s get into the facts about it. It consisted of 27 eggs which each had their own unique abilities and ways to obtain them. The map was big, included a graveyard, battle arena, a mine, farm, and a city! If you missed it you can play it here! But, you cannot obtain any hats.

Next on our list is BLOXtober, which was sponsored again by Nerf, but that doesn’t stop it from being fun! As every year we had the 13 daily gifts, which had pretty good items! The actual game part of the event took place in 3 different games which consist of, Flood Escape, Freeze Tag, and a special game made for the event, Bloktoberfest. There was also a BLOXtober countdown which every 2-3 days a hint would show up and tell you what game you had to go to, to earn certain prizes! Most of the prizes were fairly easy to obtain. Information on BLOXtober 2016 can be found here and here.

Finally, at the end of the list is Giftsplosion 2016. ROBLOX decided to do the annual Giftsplosion a little differently this year, instead of the normal daily gifts for 12 days, it was a weekly gift for three weeks. A gift would be put on the catalog for free and have a timer, usually the descriptions giving hints on what’s inside. Each was put up for five to seven days and for free. The items coming out of them were really cool! Information on Giftsplosion 2016 can be found here. Overall, the events ROBLOX had this year were pretty good! Even if you consider them a downgrade, there is always hope for next year!

So much stuff happened this year it’s incredible. Unfortunately, many famous and inspiring people died, many different events occurred around the world, good and bad, and more. But first, let’s first talk about something. The election. Though we’re not going to give our personal opinion on it, let’s just talk. In the end of the election, it was Donald Trump vs. Hillary Clinton, though you might dislike the outcome it still shouldn’t mean you losing faith in your country. As usual, every four years we have the Summer World Olympics, this year taking place in Rio, Brazil. At the start people started thinking this was going to be bad, they forgot the key to the gates at the start! There was also a lot of controversy around having the Olympics in Rio, which wasn’t a very stable city at the time. Many amazing people went up and competed in sports to earn medals, some people succeeding and some getting injuries. Maybe 2020 will be a better year! A huge moment in the summer brought the worldwide basement dwellers outside! The long-awaited game, “Pokemon Go”, had finally been released. The game’s goal was to get people outside, and moving while having fun, in which they succeeded. Global charts show that Americans have been getting outside more during the time of its release. Nowadays you won’t be seeing much people outsides playing the game anymore as the game has lost its “spark” and it is no longer Summer. The game, though, has seen an improvement of updates over the past few months with the soon release of generation two Pokemon!”

Let’s start off with saying ROBLOX has greatly improved this year with features, there’s a lot to talk about so we’re just going to talk about the bigger features we’ve seen this year. We’ll start off with the removal of Tickets. This is one of the sad things that happened this year and one of the biggest. On March 15th, ROBLOX made a blog post talking about why they were being removed and every day a Tickets themed hat would go on sale. After April 14th, Tickets were removed from the ROBLOX site leaving the main currency to be Robux. Another one of the notable big features added this year are user created meshes. This expands games creativity by making forms or shapes you wouldn’t be able to make normally. You can even take things from other games and import it to ROBLOX! If you’d want to start looking at some meshes you can go here!

One really cool new feature I’ve been waiting to talk about is R15! R15 made a debut in March as a showcase and in September was finally added! Instead of the usually 6 joints, R15 includes 15 joints (hence the name) and includes new animations for the ROBLOX player. Even if you don’t like the R15 rig you can disable it in your game and on your avatar! Two months later ROBLOX added the feature to scale your player while using the R15 so you can change the height and width! As of recently, all packages are now R15 compatible and almost all hats are converted to fit the R15 player. As of this blog post, gear still isn’t fully compatible with the R15 rig. If you’d like to know more about R15 go here.

The last big change this year made on ROBLOX was accessories. Hats are now divided up into eight sections: Hats, Hair, Face, Neck, Shoulder, Front, Back, and Waist. Each section helps us make hats fit appropriately on the R15 rig’s animations. With this, you can design your player more than ever now being able to wear 10 accessories (three hats and one of each other accessory type).

Overall, this year has been a pretty darn good one for ROBLOX and Jmt Studios! Even if you didn’t like this year, let’s look forward to next year and years to come! We will see all of you next year! Now, I will leave you a message from jmt99:

I would like to personally thank everyone who made 2016 a great year for Jmt Studios, our staff, our fans, and anyone who played our games this year! I cannot wait for 2017, and I’m pretty sure you guys can’t wait too. We have a great lineup coming early this 2017, especially this January, in which we will be celebrating our 5th anniversary! So make sure you check back frequently to our blog, twitter, and group wall for news & fun posts from our Social Media team.

Written by Neonetic and hockeypwns7
Edited and polished by jmt99