Well, folks, it looks like 2017 is has come to an end, and you know what that means: time for our 2nd annual year in review blog post! We have a lot to talk about and cover up this year. It’s been a huge year for Roblox and Jmt Studios. Without further ado, let’s jump right into it! 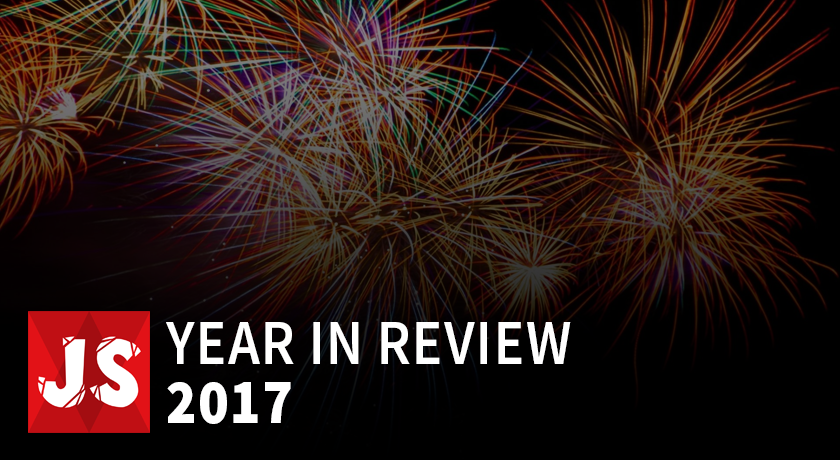 Recently in October, Jmt Studios released their biggest game yet, Hallows Quest, an adventure RPG set in the theme of Halloween. The game takes place in the Land of the Hallows, in the northern area of Bloxia. Your goal is to fight enemies from trick or treating, which you can get a currency called candy, which you can spend to get some new weapons and cosmetic items. Each weapon has different damage values to help you take on the baddies of Hallows Quest! Hallows Quest is still in Alpha and we still have lots of things to add to the game. If you haven’t played it yet, you can find it here!

This year was probably the biggest if not one of the biggest years for Roblox as a whole. To start it off, in early January, the Roblox staff team announced something big upcoming in a few days. After a few days of wait, Roblox announced a rebranding of their old logo with a more simpler approach, the Roblox logo now being a squared “O” rather than the previous “R.” Around this time also, Roblox discontinued support of voxel terrain, converting it all to smooth terrain to all games which used it. In early December, Roblox announced the closure of the forums, on December 12th the forums were removed and it was advised by the Roblox staff players use groups or the blog post as other means of communication and getting the latest updates.

Roblox had a lot of great games and events this year. Early April one of the biggest if not the biggest event was released on Roblox: Egg hunt 2017. The event revolved around you, the player, collecting a large amount of around 40 new and unique eggs. Each with a special unique objective. The game spanned over nine in total worlds or areas. This egg hunt also tried something a little different, all but a few of the eggs were involved with quest or objectives, instead of the traditional finding the egg. One of the biggest games to be made this year was the popular front page Jailbreak, which has been dominating first on the front page for quite some time with a 10,000+ concurrent player consistency, which the name of the game implies, you can be a cop or prisoner with your job either being to escape prison or capturing those who escape, this game has broken tons of records over the year, such as being the first Roblox game to hit 100,000 concurrent players!

On the 21st of November, jmt99, the Founder and Studio Head of Jmt Studios had announced that he has decided to be fully retiring out of Roblox development on July 27th 2018, his 10 year Roblox anniversary. You can read more about it here.

Overall, this year has been a pretty decent one for Roblox and Jmt Studios! We may have not got as much done in Jmt Studios as usual, but I still think this year was pretty good one for Jmt Studios. Now, I will leave you a message from jmt99:

2017. The final full year for Jmt Studios. As 2018 rises and 2017 sets, the date of my retirement from Roblox draws closer. I would like to thank the 100,000+ people who have played at least one of our games once in all these years since January 2012. I would like to also specially thank all of our staff over the years, especially the ones who are still here since October 2014 (shoutout to KitDj and Ultra_Extreme!). I couldn’t have done all of this without the help of my staff, even if they seem just like random testers, their support over the years have been greatly appreciated. We have some more stuff coming this 2018, so make sure to check back on the blog for upcoming news and updates!

Written by Neonetic
Edited and polished by jmt99